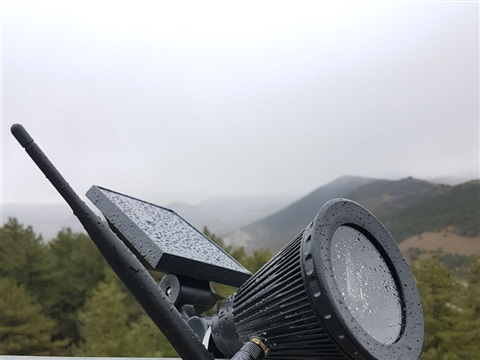 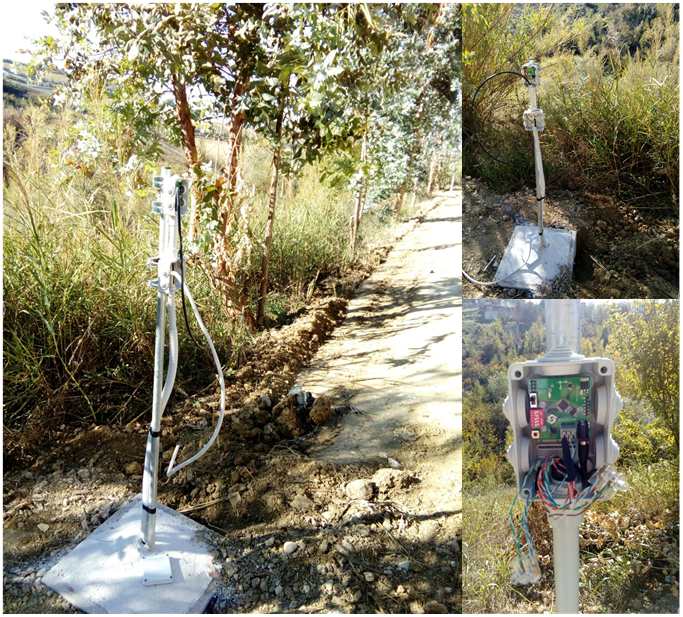 The Smart Monitoring system is an “intelligent” autonomous electronic system for remote monitoring, control and alarm for the security of the territory, structures and infrastructure.

Being a system developed together with the customer, following its specific requests and totally customizable, it has the possibility to be used in the most diverse contexts:

The system is developed by SENSing Ltd, a spin-off of the Department of Engineering of the University of L’Aquila and operating in the industrial electronics sector.

The system consists of one or more sensors. Each sensor is equipped with a solar panel, therefore energy autonomous, and a precision accelerometric sensor, capable of detecting and recording movements and vibrations of any entity. With this flexibility, it is adaptable to any context in which real-time monitoring and alarm is required.
Each of them therefore represents a node (accelerometric, inclinometric, hydrometric, thermometric…) digitally managed by a microcontroller for the transmission of data via an RF module operating at 433 MHz.

Each node then communicates with a data collection control unit, which in turn is sent on a dedicated web-server platform.

It consists of a detection station equipped with accelerometer and inclinometric sensors. In the event of an event, the sensors detect the movement of the monitored structures and automatically send the signal, by email or SMS, to the control staff.
The sensor network is completely wireless, without exposed cables and all data is sent to a dedicated web-server for the customer.
Thanks to the use of UHF frequencies, large distances are reached without interference from mobile phone bands or other digital communications.
The consumption of each node is very low and thanks to the solar panel the lifespan is virtually infinite (basically linked to the life of the battery itself). The node can still be powered by the power grid.
The system can also implement messages via alarm systems such as sirens, flashing lights, light panels, barriers, traffic lights.

Based on the same principles and philosophy as the Smart Geo system, the Smart Build Safe system is designed to monitor the structural and functional well-being of bridges, buildings, structures and infrastructures of all kinds.
The system allows you to monitor low-intensity phenomena such as wind, traffic, settlings, micro-regulars, verifying their effect on structural safety. In addition, thanks to seismic monitoring, there is a structural response in the case of strong tremors and consequently important diagnostic information on the structural response and safety of the same.
The system naturally includes alarm systems when set thresholds are exceeded, giving important answers on whether the structure is fit or not.

This website uses cookies to improve your experience while you navigate through the website. Out of these cookies, the cookies that are categorized as necessary are stored on your browser as they are essential for the working of basic functionalities of the website. We also use third-party cookies that help us analyze and understand how you use this website. These cookies will be stored in your browser only with your consent. You also have the option to opt-out of these cookies. But opting out of some of these cookies may have an effect on your browsing experience.
Necessary Always Enabled
Necessary cookies are absolutely essential for the website to function properly. This category only includes cookies that ensures basic functionalities and security features of the website. These cookies do not store any personal information.
Non-necessary
Any cookies that may not be particularly necessary for the website to function and is used specifically to collect user personal data via analytics, ads, other embedded contents are termed as non-necessary cookies. It is mandatory to procure user consent prior to running these cookies on your website.
SAVE & ACCEPT